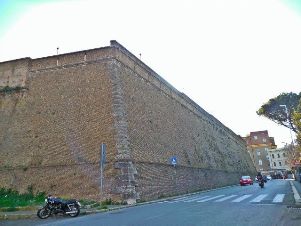 Despite being rebuked and humiliated by the Republican presidential front runner over his inflammatory statements about U.S. illegal immigration policies, Newpope Francis of the Vatican II sect has continued to opine about the migration crisis.

In an address to a Newcatholic French group, Bergoglio admitted the obvious: “We can speak today of [an] Arab invasion.  It is a social fact.”  Yet, despite the horrific consequences of this fact, mostly orchestrated by New World Order groups and organizations of which his church is a part, Newpope amazingly contends that this will eventually be a positive thing for Europeans: “How many invasions has Europe experienced in the course of its history! But it’s always been able to overcome them and move forward, finding itself complimented and improved by the cultural exchange they brought about.”*

Europe “complimented and improved”?!   Right.  Tell that to the thousands of women who have been raped, assaulted, and terrorized by mostly Muslim fanatics, or look at the widespread destruction of private property that these trespassers have wrought, and worse, the cultural transformation that this deliberately created crisis has produced.

Bergoglio furthered these idiotic statements with some multicultural speak: “the only continent [Europe] that can bring some unity to the world.”  And that Europe must fulfill its “universal role” and “rediscover its cultural roots.”**

If Bergoglio really wants Europeans to “rediscover” their “cultural roots,” they will find that ever since the emergence of Mohammedanism, its fanatical adherents have repeatedly attempted to overrun and conquer the Continent and subject its peoples to the crazed religious and political dictates of its possessed “prophet.”

At one time, Europe fulfilled its “universal role” by engaging in a series of military actions (the Holy Crusades) which were mostly inspired by true popes (which Bergoglio and his Vatican II predecessors are certainly not) to expunge the infidel from the sacred places where the Founder of Christianity lived, preached, was crucified, and gloriously rose from the dead.  These authentic successors of St. Peter, in particular Urban II and Innocent III, understood the threat that Mohammedanism posed to their flocks both spiritually and culturally.

The failure of Christendom to ultimately defeat Islam and drive it out of the former lands of the Roman Empire was not the fault of the popes, but that of the secular powers who increasingly sought their own aggrandizement. If the European principalities had heeded the popes’ calls and driven the Muslims back to their tribal homeland, history would have had a happier outcome.

Bergoglio, if he cared to look, would find that Europe’s “universal role” included the justification of “holy war,” in the use of violence against Islam, not only during the Crusades, but in the re-conquest of Spain, and in the defense of its homeland from numerous Muslim assaults. Moreover, the idea of Muslims living side-by-side with Europeans or being able to create their own autonomous communities would have rightly been considered societal genocide.

No authentic pope would be engaged in “dialogue,” common prayer meetings, or other ecumenical interchanges with Muslims as Bergoglio and his Vatican II predecessors have repeatedly and blasphemously done over the years.  Any pre-Vatican II pope, theologian, bishop, priest, or, for that matter, astute layman would properly consider such actions abominable and would recommend as punishment a rendezvous with some of the scum that abounds at the bottom of the Tiber for its transgressors!

Bergoglio and most of the Newchurch hierarchy’s support for free migration and open borders and their condemnation of those who have opposed such lunacy clearly demonstrates that the Vatican II sect is part and parcel of the New World Order which seeks the eradication of sovereignty and the extinction or at least subjugation of European peoples to the global elites.

Not only is this cretin wantonly overturning two thousand years of traditional Christian teaching on morality, but he is openly encouraging the destruction of those societies which that morality ultimately helped to build.

Despite the skillfully and deceitfully crafted persona as “Mr. Humble” and his white pontifical attire, “Pope” Francis and the sect that he heads are a clear and present danger to what remains of Western civilization and must be opposed and removed from power.

1 thought on ““Pope” Francis and the Disintegration of Europe”