Traditional Catholic Bishop Richard Williamson’s latest missive should be a wake- up call for those who naively believe that the worst is behind for the US and Western economies after the March financial sell off and the long-anticipated implosion of the bubble economy.  His Excellency asserts that the US and much of the world are on a financial precipice:

economic crisis, and with the USA, the rest of the world.*

By 2019 as the public was more and more hooked on fantasy money, the

and counting, and it is now crashing the real economy with the corona-panic,

then ‘paying’ the crash debts that everybody gets into with its unreal trillions, but

The bishop’s brief analysis of the history of the Fed is right on as he explains that the central bank has been the engine of monetary mischief since its inception:

These money men had promised that the Fed . . . would solve the problem

of reoccurring economic crises. . . .  It did nothing of the kind.  On the contrary,

it made them even worse, like the Great Depression of 1929 and the years following,

and now the Depression of the 2020s which risks making 1929 look like a picnic, and

American citizens into debt-slaves. The middle class will soon be no more.

doing so in their own interests, and not for the common good.

Yet, the alternative – State control – is no better and, under “democratic conditions,” maybe even worse considering the State’s horrific record in the debasement of money, the creation of booms and busts, hyperinflations, the destruction of savings, etc.

The only economically sound, morally defensible monetary system is one based on gold/silver where money and credit cannot be created “out of thin air” and where competing gold and silver producers vie with one another to produce the “best money.”  Such a system requires no central bank while fractional-reserve banking is prosecuted as fraud.  The creation of money is what is mined out of the earth not government and central bank fiat.

America’s current financial condition has ominous parallels to ancient Jerusalem before its destruction by the forces of Vespasian and Titus.  A couple of years before its final destruction, a Roman army, under Cestius Gallus, had stationed troops under the walls of Jerusalem posed to launch an assault.  Yet, Gallus did not attack and ultimately pulled back.  This was a clear fulfillment of Christ’s prophecy about the city’s destruction:

And when you shall hear of wars and seditions, be not terrified: these things must first

And when you shall see Jerusalem compassed about with an army: then know that

Rome’s hesitation – a clear result of Divine intervention – gave Christians a chance to escape the coming conflagration which many wisely took advantage of:

are in the midst thereof depart out: and let not them that are in the 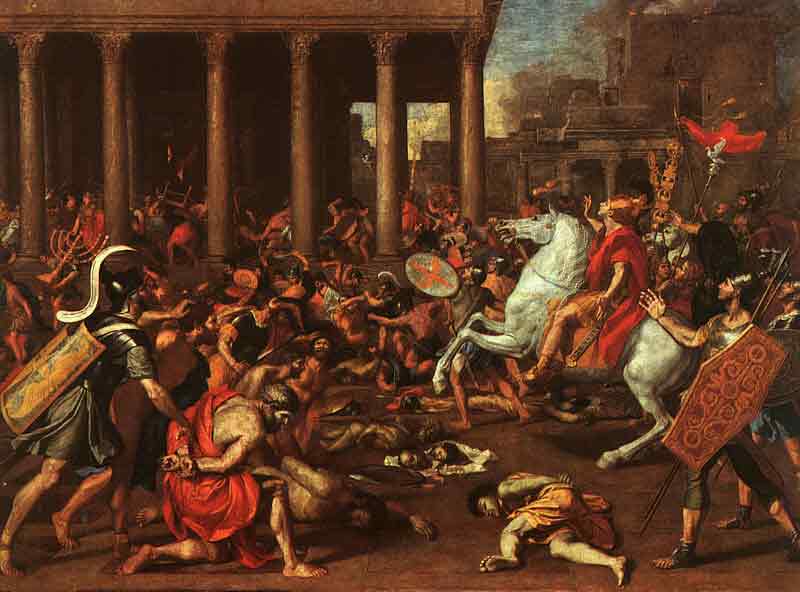 Since the March lows, Americans have been in a situation not unlike the denizens of ancient Jerusalem.  The relief programs and bailouts of businesses (mostly large corporations and banks) has staved off an even greater downturn, however, this has come at a tremendous cost as the Fed has had to print trillions, the consequence of which will mean either a collapse of the dollar or, at the very least, a dramatic loss in its purchasing power.

At present, it does not appear that the US has much time before the final unraveling of the economy takes place.  The current debt levels and the new debt that will have to be created to maintain the status quo will lead to a monumental monetary crisis.

Many have interpreted Jerusalem’s fall as a punishment for its sins.  Likewise, the coming collapse can also be seen as retribution for the US’s crazed monetary and fiscal policies which have bankrupted the nation while enriching the few at the expense of the many.

While Jerusalem’s destruction had little reverberations on the wider Roman Empire at the time, the demise of the dollar will have global implications since it is the world’s reserve currency.  Like those who heeded the Divine prophecy two millennium ago the present generation should take Bishop Williamson’s words to heart and prepare for the coming financial storm.